I have done some research into the Stodel family.

In all my research to date the earliest records I have found were in the Amsterdam Archives. I found synagogue records of the circumcision of Jacob Stodel in 1736 and his brother, Abraham in 1737. Their father was Salomon from Stodoly. I have identified two villages called Stodoly in Poland. A cousin of mine has visited one of them and it is a hamlet of about 30 houses 120 miles south of Warsaw. I believe that in the 1730’s Salomon was probably forced from one of these Stodoly villages in a pogrom because he was Jewish. The Netherlands had a reputation for religious tolerance and thus attracted people who had been persecuted for their religion. Subsequent records that I found show that the oldest son, Jacob had two sons, Salomon, born in1767 and Jozef born in 1768 and that the younger son, Abraham, had four sons, Salomon, Jacob, Asser and Levie, born between 1754 and 1764. The records at this time are incomplete. They are principally synagogue records. The records do not record the birth of girls and probably do not record all the births of boys. Death records of both men and women provide more information. Because the same first names are used often the relationship between people is not always certain. The records are handwritten in old Dutch and I may well have made errors in how I have related people. I, however, believe that all Stodels in the world today are descendants of Salomon from Stodoly and his two sons, Jacob and Abraham.

Napoleon gave instructions that civil records should be kept and thus extensive records begin in Amsterdam in 1811. From 1814 there was a Stodel birth in Amsterdam every year for the next decade with two births in three years and three births in 1817. I have not researched all the Stodel records in the Amsterdam Archives. It is difficult working off microfiche records of old Dutch handwriting and it is challenging to work for more than three hours at a time. The records improve after 1893 from when they have been kept in the Amsterdam register. I have many extracts from these records and one day, with time and money, we will make a complete extract. It should also be noted that records in the Netherlands are city based so that I have not researched the records of Stodels born elsewhere in the country, although there do not seem to be many of those.

My investigation of records moved to Britain where formal civil records have been kept for England and Wales since 1837. The earliest records I have found were of the births of Samuel in 1857 and Henry in 1869, both in Spitalfields in London. In both cases their fathers were from Holland and were cigar makers. They and their sons might have been affected by the dock strike in London in 1889 which is described in a book called The Price of a Cigar. A Home Office report from May 1889 describes the East of London as a starving, hell of poverty.  I can find the birth record of Samuel’s father, Isaac, in Amsterdam in 1835 but I have not found the birth record of his father, also called Samuel. Other Stodels moved here from Holland in the second half of the 19th century. Some stayed here. Some moved on, principally to the USA. There are many Stodels in the US and Marianna Green in Florida keeps track of them. Her grandmother was a Stodel and her great grandfather was born in Amsterdam in 1844. Henry, who was born in London in 1869 left for South Africa after the London dock strike in 1889 attracted by the newly discovered diamond fields in Kimberly and the gold fields in Johannesburg. His family grew and prospered and included Jack Stodel who was well known in the theatre world. My father was born and grew up in Amsterdam, immigrated to South Africa in 1951 where I was born. Most of my family still lives in South Africa although my wife and I have been in the UK since 1978. Our three children were all born in London. I have traced our family line back to Salomon and his son Abraham with me being the tenth generation.

A discussion of the Stodel family would not be complete without mention of the Holocaust. Most Stodels in the world are Jewish and thus most of the Stodels in German occupied Amsterdam in the Second World War were rounded up and sent to concentration camps. One hundred and seven Stodels died there. Every one of their deaths is a horror but one of the saddest was Sara Stodel-Beugeltas who died in Sobibor on 19th October 1942 together with her children, Jacob (age 13), Louis (11) and Marcel (7). Her husband, Wolf Stodel, died five months later, on 31st March 1943, in a camp in Central Europe. Three generations of some families died in this way. My family was in Amsterdam at that time but were not rounded up because they were Christians. My great grandfather, Mozes, married a Christian and thus broke the Jewish line. He, however, was arrested for hiding two Jewish women, and he died on 30th December 1944 in Auschwitz, two weeks before they liberated the camp.

I think that there are about 150 Stodel households in the world today. They are principally in the Netherlands, UK, US and South Africa although I know of Stodels in Belgium, France, Switzerland, Canada and Australia. Most spell their names with one l, some use two l’s and some end their name with two l’s and an e. Some research is becoming easier as old records are indexed and some are published on the internet. Tracking families may become more difficult as family structures break down. Some people have no interest in their ancestors and some do not want elements of their past disclosed. We should respect their wishes. However, most people are intrigued about their past and hopefully, one day, we will have a full record of the Stodel family.

Back to the Stodel Family index
0 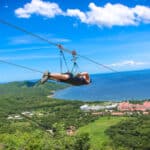