We went to the Edinburgh Festival at the beginning of August; or rather Festivals, because there are several festivals going on. The formal festival has a limited number of full length drama and music events in conventional venues. The Fringe Festival has over 2,000 events, mainly only an hour long, between midday and midnight, being staged at every imaginable venue of very different sizes. These include halls, churches, rooms, attics, cellars, bars, tents and portable cabins with audience capacaties of between 200 and 30. The venues have curious names like The Gilded Balloon, Bedlam Theatre, Demarco Roxy Art House, The Vault, Pleasance Dome, Sweet Teviot Place, Zoo Southside, The Liquid Room, Footbarn’s Big Top, Underbelly, Udderbelly and Baby Belly. A Jazz and Blues Festival ended soon after we arrived and the Film Festival and the Book Festival started after we left. The Edinburgh Military Tattoo is presented every night in August in front of the Castle. There are also several art exhibitions. The streets are teeming with activity as tourists are besieged by buskers of every sort, craft stalls and desperate actors handing out leaflets advertising their shows. It is very difficult to select what to see. There are several programme brochures backed up by websites and forests of leaflets. A few words might catch your fancy or a testimonial from someone well known or you share a table with someone in an open air bar and find that they are doing a show or can recommend one. We aim to go to three shows a day and accept that some will be duds. So what we saw:

The State of Matter is a dance show with eight barefoot males, dressed in black suits and white T shirts, who intermingle traditional ballet, with break dance and other forms of dance. They will go from a pirouette to a forward flip, to catching each other, to two back flips and back to a synchronised ballet movement. They interact with each other all the time as they use each other to propel or intitiate a leap, roll or other action. They are fantastic. Eventually one becomes saturated and so the hour length show should not be longer. 8/10.

The Umbrella Birds in Gym are four women playing different and changing roles in a gym. They talk about themselves, each other, children, husbands, boyfriends, employers, university, drunken nights out, weight, body shape, failure to finish things while all the time competing, motivating, bullying and listening in on others. It was well acted with some good ideas but not enough to sustain the hour. 6/10.

Felix Dexter is a black stand up comic who can go from educated English to Caribbean patois in the same sentence. He has lots of witty observations of modern life including technology, Facebook, religions, his mother, his girlfriends, sex, cab drivers, Polish people and the attitudes of the Scots to blacks a decade ago and now. So the normal fare of a comic. He had some interaction with the audience but did not belittle them nor take advantage of our late arrival. He had us in the palm of his hand for most of the show. 8/10.

‘How to get almost anyone to sleep with you’ is presented by Deborah Frances-White who is fantastic. She had us rolling in the aisle and hanging on every word as she dispensed advice, principally to the males in the audience. From her perspective women have it made as every male will want to sleep with any and every woman but that there is plenty of hope for males if they follow her advice. 9/10.

Tony – The Blair Musical is five men and one woman summarising and satirising Tony Blair’s ten years in office and his interaction with Cherie, Gordon, John, Mandy and George. The talent of these young people was outstanding. 9/10

Topsy Chapman and Becky Kilgore led a group of five jazz musicians for a two hour and final show of the Jazz Festival. Their average age was probably 60 but they produced wonderful music that had us jigging along. Becky Kilgore had a crystal clear voice and a beautiful presentation. A wonderful way to spend an evening. 9/10

The British Ambassador’s Belly Dancer is the true story told by Nadira, the partner of the British Ambassador to Uzbekistan, Craig Murray, who was fired by the Foreign Office after going against orders and publicising human rights abuse by the Uzbek government. His story is the backdrop to her story of her family going from comfort and respectability when Uzbekistan was part of the USSR to poverty and crime after independence including drugs, gangsters, night club dancing and rape and the impact of meeting Murray, his downfall and their move together to the UK. This brutal and emotional story interspersed with sensuous dance movements by this beautiful woman captivated us. At times later in the day we debated with each other and questioned why some important parts of the story were not told and to what extent she manipulated our emotions. However, this was quite unique. 9/10.

Devils by Cambridge Footlights is five students from Cambridge University providing a commentary of contemporary life by acting out a variety of scenes. Many great actors have passed through Cambridge Footlights over it’s 125 years but these will not tread the same path. This was the first dud and was appalling. These students were getting high on themselves and put me to sleep. 1/10.

Britt on Britt is 65 year old Britt Ekland telling her life story of her experiences as a young, naive and beautiful Swedish actress who married Peter Sellers, lived with Rod Stewart, was a Bond girl in The Man with the Golden Gun and associated with many famous actors. She delivered her story well and told of some interesting experiences but I was left wondering ‘Where’s the beef?’. If she wasn’t as beautiful and hadn’t married Sellers one wonders if we would ever have heard of her. Having become famous by association with famous people she continued to circulate in their company while doing many quite unforgettable movies. 5/10.

Soweto Gospel Choir is 20 strong and a favourite from our last visit to the Festival. Their songs in English, Zulu, Xhosa and Sotho and their dancing and drums brought tears of joy to my eyes. Music like this reminds me how much I love Africa. 10/10.

Adams and Rea are two women singing their own compositions in a folk song type way about contemporary life including Spanish holiday sex, litter, quiz shows, late return of library books, therapists, age, failed suicide, the fate of a jilting lover and the audience. We laughed and laughed and were sorry when the hour was up. 9/10.

Impressionism and Scotland is an exhibition at The Royal Scottish Academy building in the National Gallery of Scotland of about 150 impressionist paintings either owned or painted by Scots. They include Monet, Pissarro, Sisley, Whistler and the Scot, Guthrie. I am no expert on art but I enjoyed an hour looking at some lovely paintings. 8/10.

Bird and the Bee: The Bird is a monologue about the difficulty of being born to an active prostitute and then having her as your mother. The acting was very good but the subject matter was very depressing and I struggled to stay focused. Tibby found more value in it than me but I definitely will not be going to see The Bee which is the same story told from the perspective of the mother. 5/10.

The Edinburgh Military Tattoo is a ninety minute show with many military bands from around the world with the highlight being the massed pipes and drums. Tibby’s grandfather was a pipe major of the Transvaal Scottish Regiment and I heard the bagpipes played at many of her family events and have grown to love them. So this was another emotional event with tears in my eyes for a second time in the day. It was a lovely warm evening after a lovely, and our best, day. 10/10

We woke the next day to rain falling and it continued all day and into the first part of the following day. Edinburgh is built on hills and the venues are dotted all round town so there are often mile long walks up hill and down dale. This can be fun when the sun is shining and everyone is having fun on the streets but is miserable when the rain is hammering down. Things weren’t helped by the fact that the first show was poor and the fact that we missed a show by going to the wrong venue. Our low day lifted at the end by flamenca.

The Zawose Family are six adults trying to keep alive the music of their Tanzanian father who died early from AIDS. They showed a 45 minute film about him which should have been edited down to 15 minutes and then played and sang songs that were very similar and not very exciting. 2/10

Little Red is a drama about family secrets revealed to the adult grandchild as her grandmother deteriorates in her dementia. This was a strong story which was vey well acted and was directed by the son of friends of ours. 9/10

Old Girls is a weak murder mystery acted poorly by a bunch of spoilt girls. Our third dud. 1/10

Nicolas Parson’s Happy Hour had this 85 year old radio presenter wrapping some light jokes around interviews of other Fringe acts of comedian, Mark Watson and a dozen acapella male singers from Oxford University called Out of the Blue. A light and pleasant hour which would have caused us to go and see these two acts if we had time. 8/10.

Martha McBrier is a weak Scottish comedian. Our fourth dud. 2/10

Stephen K. Amos is a comedian who had the 200 strong audience constantly laughing as he picked on audience members and talked about modern life, the youth of today, travelling on the London underground, technology, Scotland, Barak Obama and other subjects. 8/10.

Reasonable Doubt is is a story of relationships, betrayal, justice, honour and courage as two former jury members meet up two years after the trial. The Australian actor, Peter Phelps, is incredibly powerful and a name to watch. An uplifting way to end our visit to Edinburgh. 10/10.

So we saw 21 shows of which 4 were duds, 3 were middling and 14 were good or very good – a happy balance and a wonderful overall experience.

Back to the Festivals index
0 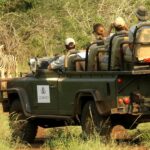 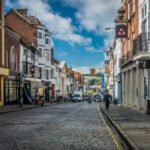