We watched the 2008 DVD of the movie Doubt on Monday 17th May 2010. A thought provoking and inspirational movie.

The movie is set in St Nicholas in the Bronx, a Catholic church and school in 1964. The principal, Sister Aloysius Beauvier (Meryl Streep), accuses the priest, Father Flynn (Philip Seymour Hoffman), of behaving improperly with a student.

The scene is set well showing the tension that builds between the personable, outgoing, forward thinking priest and the traditional, disciplinarian sister in a time when society is changing. It tackles the very topical and sensitive subject of abuse by priests but shows the difficulty of determining whether the relationship between a priest and boys in his flock is appropriate or not. It highlights the fact that those who are not loved by their family and friends may benefit from support from a priest. And it shows that despite their religion so many people within a faith can plot and scheme against their fellow believers.

I am a devoted fan of Streep and found this to be another magnificent performance. She was strongly supported by Hoffman and also by Amy Adams as the novice nun. This film kept me spellbound, intrigued and interested right to the end.

Back to the Odds and Sods index
0 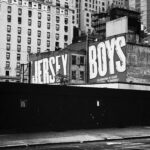 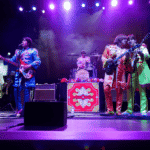 Moods of the Cape – beautiful photos by Matthew Cargill