We were in Edinburgh from Saturday 18th August 2012 to Tuesday 28th August and attended the following events:

Barely Legal: The 18-Year-Old Democracy did not address the post apartheid years in South Africa as advertised. Two South African comedians each entertained us for half an hour. Dave Levinsohn had some amusing stories of his childhood. Loyiso Gola did a good impression of Mandela and had some very funny observations on life. Entertaining but left with a sense that they could do more. 7/10

The Half is a one man show performed by Guy Masterton and focuses on the half hour before a failed and alcoholic actor goes on stage for his comeback performance. We are fans of Masterton who gives his all in a performance that is well written and well acted but had me checking my watch ten minutes from the end. 8/10

Mother to Mother is a one woman show performed by Thembi Mtshali-Jones. It tells the of the anguish of a mother whose son kills a white American student in a riot in the black township of Gugulethu near Cape Town in 1993. This is powerful acting and spell binding drama. Outstanding. 10/10

Misha Glenny is the author of Dark Market, a book about cybercrime. He did an excellent presentation at The Book Festival on the subject explaining how the crime has developed, that it is essentially a crime of stolen credit card details and stolen identities and the type of people involved. He also touched on industrial espionage and cyber warfare which are extensions of the same thing and often involve the same people. He simplified a subject that can be complex and kept our attention throughout. 9/10

Without You is a tribute to his mother by Anthony Rapp using songs mainly from the musical, Rent, in which he starred in the original cast. The story also includes the early days of the musical and the death of the Rent playwright and composer, Jonathan Larson. He was supported by a five piece rock band. I enjoyed his singing. Rapp describes the performance as ‘a stunning one-man show about grief, hope, and triumph’. More cynically I felt that he has commercialised the death of his mother. 6/10

Churchill is a one man show by Pip Utton talking about events in the life of Winston Churchill. The script is clever, the acting is good and this is a wonderful experience. 9/10

Censorship Today was a debate at the Edinburgh Book Festival as part of their World Writers’ Conference.  Patrick Ness presented an argument that all present would certainly oppose government censorship of any type; but that there was perhaps a more subtle form of self censorship performed by writers to ensure that their work did not upset elements of their possible market. Many of the ‘Writers’ felt that their voice needed to be heard and thus the debate became disjointed and was poorly managed by the chair. The participating writers called for a statement condemning a law recently passed in Arizona, outlawing the dissemination in public schools of literature specific to ethnic groups. Pleased that I went but left before the end. 7/10

The Edinburgh Military Tattoo is always a wonderful experience for me because I love the pipes and drums. The Swiss drummers were amazing. It saddens me that the organisers feel the need to have acts that include picts, Dennis the Menace and Super Heroes. 9/10

Agony and the Ecstasy of Steve Jobs is a one man show performed by Mike Daisey. He told of his love for Apple products and also about his journey to Shenzen in China to interview workers in the Foxconn factory manufacturing Apple and other products. This was a criticism of Apple for allowing appalling conditions in factories working for them but was also an acting tour de force. 10/10

Wojtek the Bear is the story of a Polish refugee in the Second World War who joins the British Army in the Middle East and then finds and keeps a Syrian bear cub. The bear grows up and stays with the regiment until the regiment eventually disbands in Scotland. This was excellent acting by two actors, one of whom was completely believable as a bear. 9/10

Comic Strip is a burlesque show performed by three women, interspersed by two comics. This was my first attendance at a burlesque show so I am not really qualified to make a judgement. However, relatively attractive women taking their clothes off is interesting. Pity about the comedians. 8/10

Frisky and Mannish: 27 Club are Laura Corcoran and Matthew Jones who are outrageous, talented musicians and performers. We saw them last year and loved them. This show focuses on the musicians who have died at age 27 and is in poor taste and irreverent. I should hate the show. I loved it. 10/10

Camille Claudel is a one woman show performed by Gael le Cornec and tells the story of Claudel who was the lover, disciple and muse to Rodin and who died in a psychiatric institution. This was a beguiling and forceful performance which was too long. 8/10

An Evening with Dementia is a one man show performed by Trevor Smith which has been used as training for carers of the elderly. It provided a masterful perspective on this troubling subject. 10/10

Basic Training is a one man show performed by Khalil Ashanti telling the story of his experiences in the US Air Force as he dealt with a revelation, just before he left home, from his mother, that his father was someone different from the man he grew up with. This was energetic and powerful acting and a joy to watch. 10/10

Naz Osmanoglu: Ottoman Without An Empire is unfortunately also a comedian without humour. My wife and son thought he was funny so perhaps I have just become a grumpy old man who does not appreciate youthful humour. 3/10. From my perspective my first dud.

And No More Shall We Part is performed by Dearbhla Molloy and Bill Paterson and focuses on the death bed discussion between a long married couple. This was powerful tear jerking acting. Wonderful! 10/10

Waiting for Stanley is a one woman show by Leela Bunce performed largely in mime and tells the story of a woman in London during the Second World War. This was cleverly done and well performed. 8/10

Rethinking Islam was an event at the Book Festival which was perhaps too ambitious. The panel comprised Mustafa Cerić, Grand Mufti of Bosnia and Herzegovina, academic Dilip Hiro and Egyptian author Parker Bilal (pen name Jamal Mahjoub). They were all informed and explained their views well but couldn’t agree the issues amongst themselves. Inevitably the audience had a whole different set of opinions. Little progress was made. 5/10

Self-Criticism was self indulgent rubbish. Two women shouted at each other as they considered their relationships with men. You wasted my time ladies. 1/10

Juana in a Million is a one woman show performed by Vicky Araico Casas and tells the story of the difficulties of being an illegal immigrant in the UK. Powerful acting. 8/10

Josie Long: Romance and Adventure is political comedy which is outraged, clever, funny and charming but ultimately put me to sleep. 5/10

Pappy’s Last Show are three men who mistake activity and repetition for comedy. Some things were funny but not enough. 5/10

Lady Rizo had lots of potential to entertain but was spoilt by her inability to sing any song without screaming. 5/10

Mess was written, and the principal part is played, by Caroline Horton who we saw last year. It provides a perspective of anorexia. This difficult subject was handled with sensitivity and humour and outstanding acting. 10/10

Other Voices is a poetry reading organised by Fay Roberts with three other poets and two contributions from audience members. There must be a place in our society for poets and people who write passionately about new and broken relationships. I am sure that I missed many of the deeper points of the poetry and the clique. This was pleasant. 6/10

25: 13 Red, 12 Blue addresses the life of twenty five year olds in Britain today who have lived under 13 years of Labour and 12 years of Tory government. If this was a political statement and ‘the voice of a generation’ then that generation had better find a better voice. Very weak. 2/10

Peter Straker’s Brel was a pleasant rendition of Jacque Brel’s better known songs. I would have liked a few more to have been sung in the original French. 8/10

Pat Barker was interviewed at the Book Festival about her new book, Toby’s Room, which is set, like her Regeneration trilogy, in the First World War. Interesting and fun, but not inspiring. 7/10

Othello – The Remix is an updated version told by the Q Brothers in hip hop. Clever, well sung and very entertaining. 10/10

Soldier’s Song is a one man show performed by Ken Lukowiak telling the story of his involvement in the battle of Goose Green in the Falklands War. This was a riveting and compelling performance. 10/10

Love Child is performed by Anna Cheney and Chrissie Page and explores the first meeting between a woman and her biological mother who gave her up for adoption. This was topical, engaging, believable and emotional. 9/10

Gavin Esler, the BBC co-presenter of Newsnight, was interviewed at the Book Festival about his book, Lessons from the Top, which explores the importance of people in the public, particularly politicians, having a believable story to tell and how they craft such stories. This was fascinating and informative. 9/10

Casablanca: The Gin Joint Cut is performed by Jimmy Chisholm, Gavin Mitchell and Clare Waugh and is a spoof of the original story with all the familiar lines being quoted. Light hearted fun. 7/10

Scottish Piping was performed by The Royal Scottish Pipers’ Society. When I was a teenager Tibby’s grandfather would play the pipes at all family occasions and New Year’s Eve. No wild rock music for me. Pipes make me happy. I was delirious. 10/10

The Blues Brothers were disappointing compared to last year. I couldn’t hear any words because the sound was too loud. Lots of fun but too little discipline. 6/10

So we attended 37 events – the Tattoo, five at the Book festival and the thirty one at the Fringe. Seventeen of the Fringe shows were drama, nine were musical and five were comedians. I rated ten shows as 10/10, thirteen shows as 8 or 9, eleven shows as 5, 6 or 7 and three were duds. So a real success.

Back to the Festivals index
0 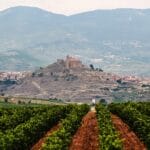 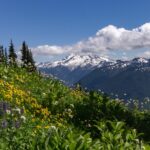